Spy shots of a development mule for the next-generation MX-5 we posted earlier this month prove that Mazda is firmly committed to keeping its baby sports car kicking for at least one more generation.

At eight years old today, and probably nine or 10 when Mazda finally gets around to unveiling the finished NE-code car, the current ND MX-5 is pretty geriatric in the context of other cars on the market. If a dog year is worth seven human ones, a car must equate to 15 based on the average six-year model life. Although some way off the Chrysler 300C’s 270 years, the MX-5 comes in at 120 using that equation, but Mazda has continually refined and upgraded the MX-5 since its late 2014 launch to keep its joints supple.

One of those upgrades was something called Kinetic Posture Control, which brakes the inside rear wheel when cornering to help turn-in. We’ve seen this sort of tech countless times before on others cars but it made its MX-5 debut for 2022. Other updates happened a few years back, like an output boost for the 2.0-litre four-cylinder engine and the addition of a reversing camera, Apple CarPlay and Android Auto, and better cupholders.

But since the last time I did a stack of miles in an MX-5 was seven years ago when the ND was new, now seemed like a great excuse to get behind the wheel of the latest car to se how fresh it still feels, to figure out which parts and traits should be carried over to the next car, and which need some serious improvement.

Related: Single-Seater Mazda MX-5 NA With An ND Engine Looks Like A Lot Of Fun

Still one of the biggest bargains on four wheels

Let’s start with the good bits, and there are plenty of them, because annoying, predictable and boring as it might be to hear, the ND MX-5 is still a brilliant bit of kit. For a start, it’s really affordable, opening at £25,725 in the UK and $27,650 in the U.S. That’s much less in real terms than the original MX-5 cost in 1990, and makes it more attainable that just about any other credible enthusiast car you can buy brand new, especially one that sends power to the rear wheels. The sole exception probably being the Toyota GR86 (and Subaru BRZ), which we’ll come back to later.

The ND is also beautifully compact, meaning it’s a cinch to park (it also has an incredibly tight turning circle), and you’ll never come across a road that makes the car feel too big to blast down full-pelt. And who needs an electric roof when the manual one can be opened or closed faster than any motor could manage, and without leaving your seat? I know some people love love the retractable hardtop RF model, but I’m not one. Unless you have to park under a freeway underpass next to a crack den at night it seems madness to spend more money to make your MX-5 slower, uglier and less agile. You might as well tick that auto transmission option while you’re at it. 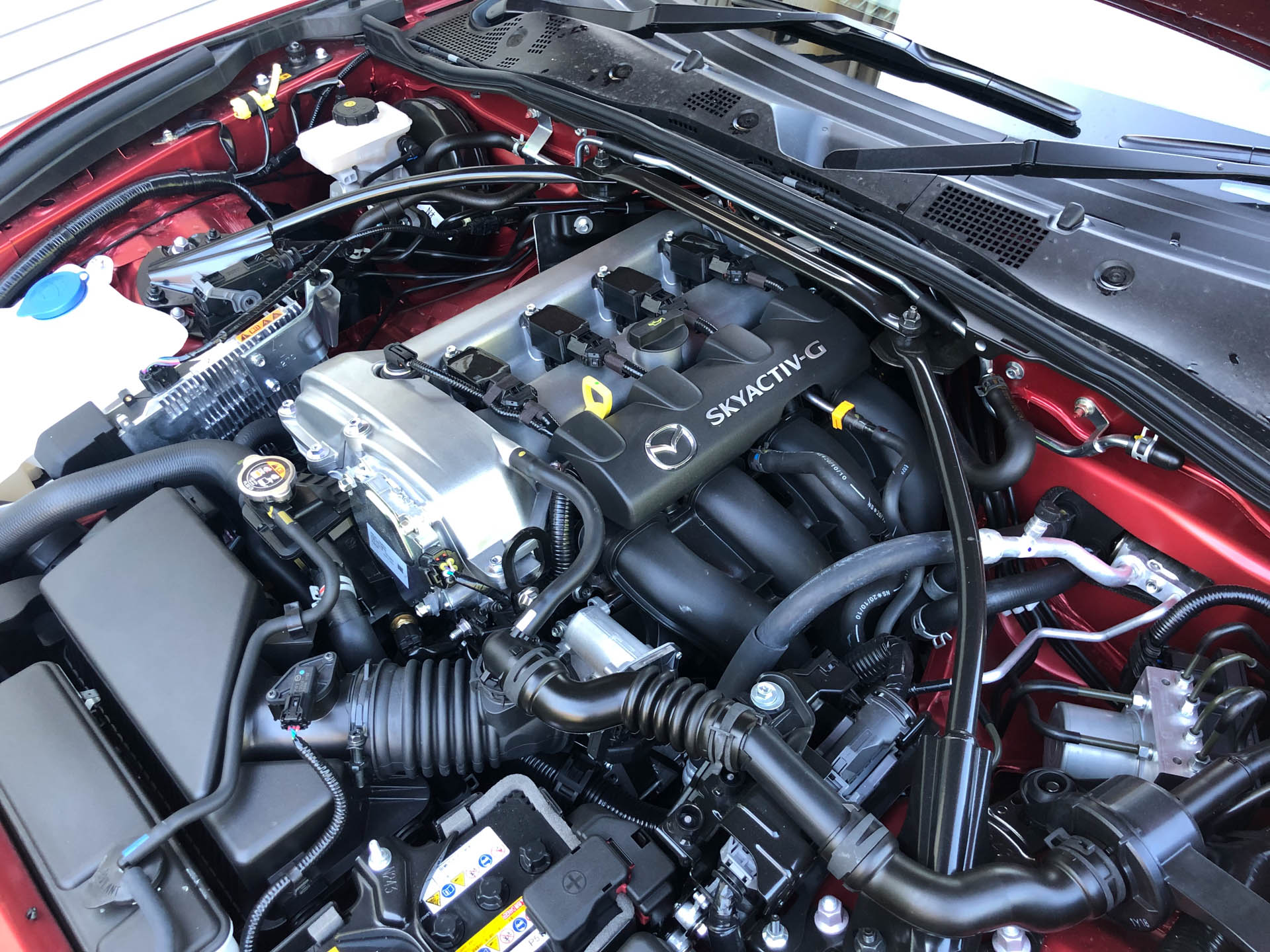 No turbo? No need

We can live without a turbocharger too, if it means having a throttle response this crisp, an engine that actually pulls cleanly from low revs and spins this high (the rev limiter was raised from 6,800 to 7,500 rpm for 2019). We’re banking on Mazda carrying the perfectly short, light and tight gearchange across to the new one, because it wouldn’t be an MX-5 without it, and here’s something else that’s great about Mazda’s two-seater: economy. Thanks to the MX-5’s tiny 2,341 lbs (1,062 kg) curb weight and Mazda’s Skyactiv engine tech, the 181 hp (184 PS) 2.0-liter motor in the current car is capable of returning over 35 mpg U.S. / 42 mpg Imp. in real-world use when you’re not thrashing it.

What about that chassis? To be honest it’s been so long since I’ve driven an ND MX-5 that I’d have to drive old and new cars back to back to pronounce on how much that new Posture Control has improved the handling. But this latest car did seem freakishly keen to dive into an apex when you rolled the wheel away from straight ahead versus how I remember previous MX-5s feeling. And though the front tires are a relatively modest 205-mm wide, there’s always enough bite to ensure you actually hit that apex rather than peel wide.

Even versions like the UK-spec Sport I drove (and the U.S.-market Club and Grand Touring) that come with Bilstein dampers are fairly softly sprung by sports car standards though, so I’m curious about how the even squishier base cars feel, and whether the KPS system makes them roll uncomfortaby hard on the outside rear wheel. 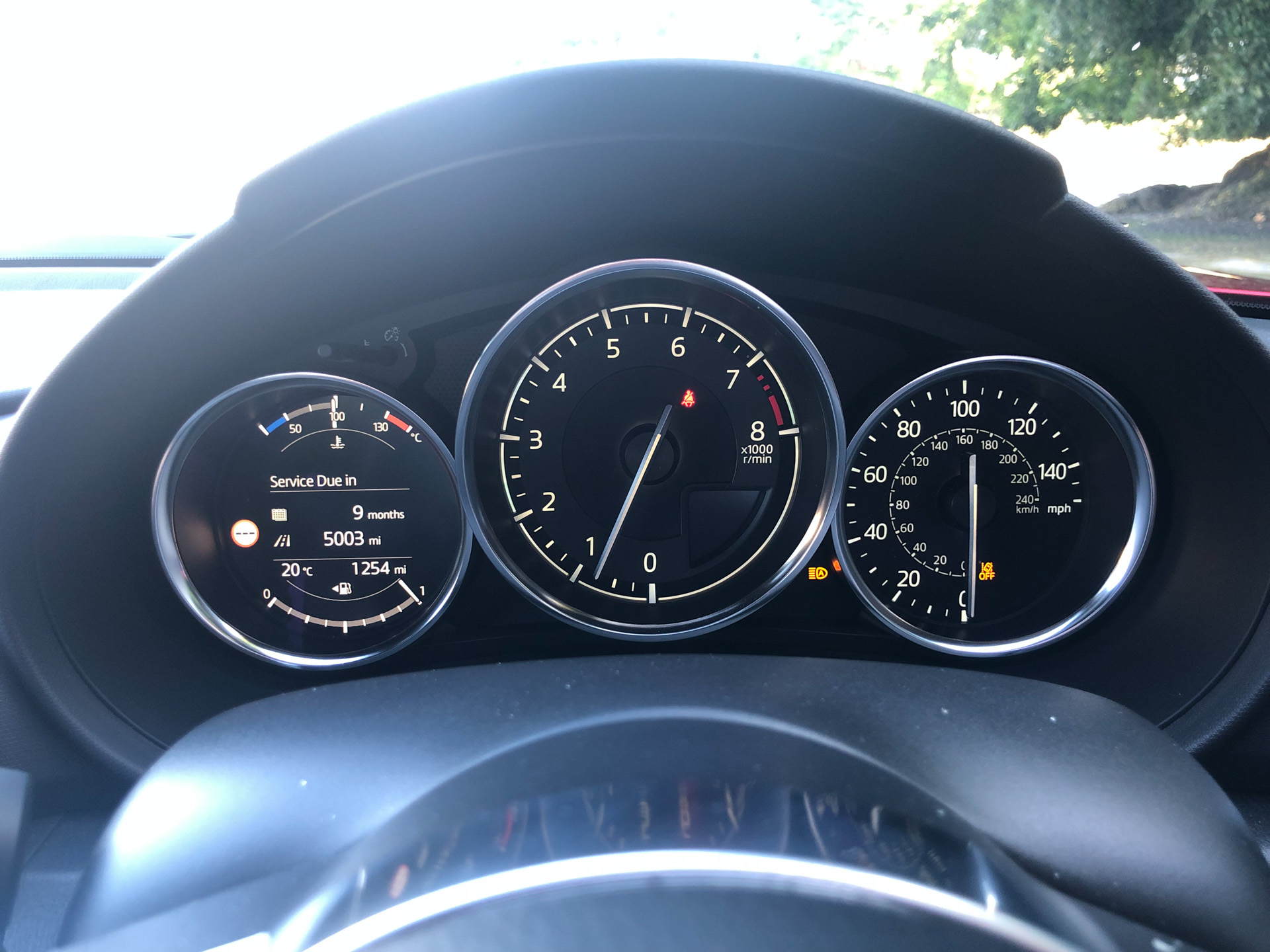 Mazda will likely go down the digital instrument cluster route for the next car, which will be a bit of shame because the current analogue set-up that’s dominated by a large rev counter looks great and is a cinch to read. Same with the simply rotary heating controls; let’s hope they don’t migrate to the infotainment display. And let’s also hope Mazda sticks with genuine exhaust tailpipes, rather than adding fake plastic chrome trim like so many performance cars do. This pair of pipes is a perfect example of the MX-5’s authenticity.

Roomier, but not bigger, please

But just because there’s plenty that we still like about the current MX-5 doesn’t mean we can’t think of things Mazda could improve to make the next one better. Starting with the interior space. I’m 5 ft 9 (1.75 m) and fit behind the MX-5’s wheel okay, but even to me it feels decidedly snug. Anyone over 6 ft (1.8 m) might find themselves rather too cosy despite the addition of an adjustable steering column in 2019, and whatever height you are you’ll quickly become frustrated with the general lack of interior stowage options available.

There are no door pockets, there’s no glovebox, the tiny cubby that sits over the transmission is small, and while there is another storage space between the seatbacks, it’s not easy to access while driving. And unlike old 1970s sports cars, the MX-5 has no handy shelf behind the seats to put bags, coats and, er, babies, my dad tells me (it was the 1970s).

More zip for buyers that want it

I appreciate the contradiction of praising the MX-5 for its small footprint, light weight, and urban maneuverability on one hand, then complaining that it’s too small, but a little extra room for legs and wallets wouldn’t go amiss. And if that happens Mazda will definitely have to give the MX-5 a horsepower boost. In my opinion, it needs to anyway. Not everyone will agree. The MX-5 has never been the fastest car in a straight line, many buyers buy it because it’s a cute, affordable convertible, and in the UK the base car still comes with a naturally aspirated 1.5 that makes just 129 hp (131 PS).

The 1.5 is kind of fun on a totally empty road, but throw some traffic into the mix, including slow vehicles you need to overtake, and it soon become frustrating. The baby engine’s output hasn’t changed since it was introduced in 2015, but the 2.0-litre jumped from 158 hp (160 PS) to 181 hp (184 PS) for 2019 and you can really feel the difference. That 23 hp (24 PS) boost chopped almost a second off the zero to 60 mph (96 km/h) time, bringing it into the mid-six-second range, and making a factory MX-5 feel almost – almost- fast. 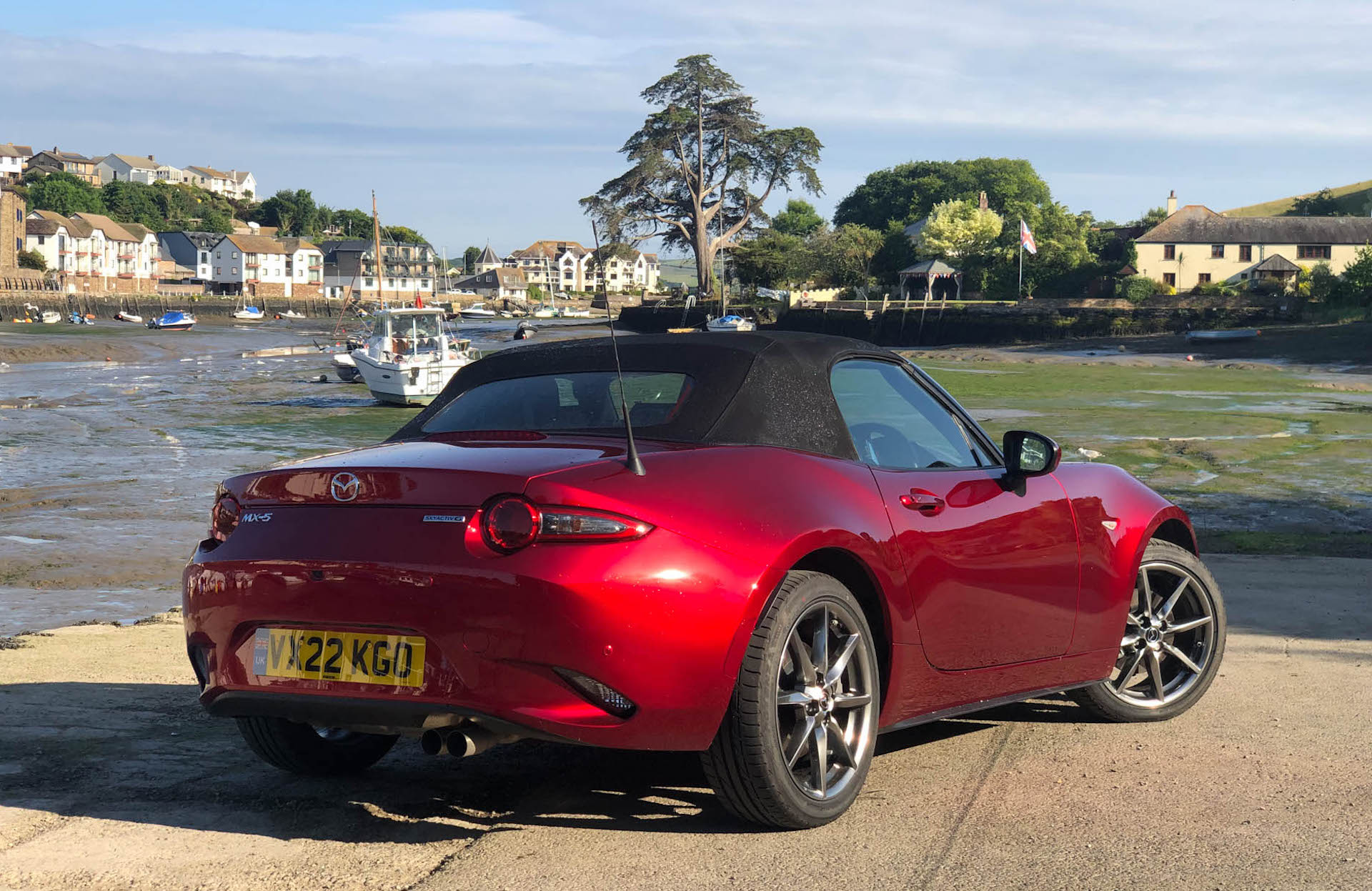 Call me greedy, but I want a little more next time, Mazda. I want enough to really challenge the chassis, to be able to nudge the rear tires wide on a corner exit without have first had to unsettle the car with WRC-style bung approaching the corner. I want to be able to keep up with the modern hot hatches I could have bought instead. Toyota answered similar criticisms and avoided going down the turbocharged route by opening the 86 / BRZ’s 2.0-liter boxer motor up to 2.4 liters, swelling output from 197 hp (200 PS) to 228 hp (231 PS), but it sounds like Mazda might go for mild-hybrid tech to push the MX-5 past 200 hp (203 PS) for the first time.

The ND MX-5 might be in its twilight years, but it’s still got stacks to offer, and the improvements Mazda made a couple of years ago have helped keep it feeling relatively fresh. It’s the perfect affordable antidote to the obvious hot hatch and sporty crossover offerings that dominate this end of the enthusiast market, and it’s more involving than any of them. A little more pace and a bit more space inside would make the MX-5 better to live with and help it continue to feel relevant for another decade, but it would a terrible shame if Mazda had to change the character of the car to accommodate them.

What would you like to see Mazda change for the next generation MX-5? Leave a comment and let us know.